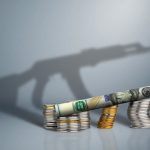 You are reading
Fighting the new war of ideas 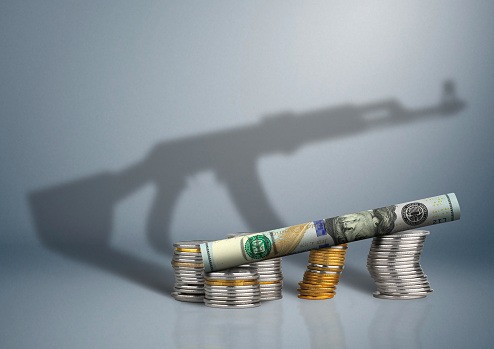 The conflict between good and evil is one of the most common conventional themes in literature and is sometimes considered to be a universal part of the human condition. The variation on this conflict we are experiencing in our time is the one being the battle against Islamism: an ideology instigating crimes and haunting the scene of politics in the name of religion.

In this framework, we may consider the UN Analytical Support and Sanctions Monitoring Team recently submitted its 28th report concerning IS (Islamic State), Al-Qaida and associated individuals and entities bluntly stating that all these terrorist organizations can boast growing capabilities in fundraising and weapons, for example, in the use of drones.

Further, Islamist militancy appears increasingly to collaborate with organized crime and both systems operating on a world scale in a global context to accumulate vast amounts of capital within which illegal and legal methods are interwoven.

The more these illicit financial flows schemes grow more sophisticated, the more the Islamists have had no viable choice other than reaching out to specialists in the financial industry. In this respect, terrorist finance facilitators continue to operate despite international efforts to locate and eliminate their activities using, for example, an unregulated art industry, real estate and other investments, to hide assets, launder funds, and evade sanctions. All this is part of the development of an international financial network consisting of systems for the recycling of illegal capital and providing investment outlets.

According to United Nations Office on Drugs and crime (UNODOC) “the best estimate for the amount available for laundering through the financial system, emerging from a meta-analysis of existing estimates, would be equivalent to 2.7% of global GDP or US$1.6 trillion in 2009”.

The increasing merging of ‘legitimate’ and ‘illegitimate’ capital within international financial markets, has increased thus also for the development of an identification process between criminal syndicates and the military-political power in many parts of the world.

Therefore, at the same time as the different mafias in the world have expanded in scope and financial significance, terrorist organizations have also grown becoming increasingly ‘mafia-like’, that is, vertically integrated in national and political systems. The present situation in Afghanistan is a case in point.

One prominent feature of the above is that one of the first things terrorist organizations need to highlight in their business plan is a viable and investable business model. Therefore, the need for a business with a robust financial architecture is a priority.

The Taliban had found a solid financial base for their previous political experience (1996 – 2001) in the Haqqani network. Quoting an illuminating report of the Combating Terrorism Center (CTC), we understand how “the Haqqanis’ involvement in criminal and profit-making activities has diversified over time in pragmatic response to shifting funding conditions and economic opportunities, and how members of the group have a financial incentive to remain the dealmakers and the enforcers in their area of operations”.

According to the same report, the “Haqqani business portfolio mirrors a mafia operation, and have penetrated key business sectors, including import‐export, transport, real estate and construction in Afghanistan, Pakistan, the Arab Gulf and beyond”.

More specifically, the uncle of the present interior minister, Khalil Haqqani, had travelled to Dubai, United Arab Emirates and had raised funds from sources there, as well as from sources in Pakistan, Saudi Arabia, Iran and China. In 2001, he was eventually targeted by U.S. Department of the Treasury as part of the financial and support networks of al-Qa’ida and designated him as Specially Designated Global Terrorists (SDGTs) under Executive Order (E.O.) 13224.

Considering that the major goal of Al-Qaeda and IS remains to unleash a ‘Global Jihad’ to weaken Western civilization, we understand that they will need tremendous financial resources and extensive worldwide networks to support their operations and spare no expense to pursue their criminal project.

Documents captured in the course of operations in Iraq, Afghanistan, and other theaters, available at the Department of Defense’s Harmony database is more than a single glimpse at the vast and expensive network set up by any Islamist syndicate.

Illicit economies are the lifeblood of today’s bad actors, enabling criminal organizations to co-opt states and export violence and terrorist groups to finance their attacks against our societies.

According to the International Monetary Fund (IMF) countries are advancing efforts to stop criminals from laundering their trillions. As a matter of fact, almost every country has criminalized money laundering and terrorism financing and established a legal framework to freeze terrorist assets that raise and launder huge amounts of money.

While anti-money laundering legislation has reached a consistent level of harmonisation there are still obstacles to the effective exploitation of the financial intelligence contained within the suspicious transactions’ reports.

As correctly stated by David Luna, from the International Coalition Against Illicit Economies (ICAIE), we need to unite our efforts against the corruptive influence of today’s threats networks that are sabotaging the legal economy by “draining the swamp of criminality and cesspools of illicit activity, and to ensure justice, safer communities and sustainable peace”.

The globalisation of financial markets and the transnational nature of terrorist groups’ activities require a comprehensive approach at global level, to connect financial information with criminal intelligence collected by competent Law Enforcement Authorities.

We would be tempted to compare this fight with Prometheus’ condition in Shelley’s famous drama, but I personally cherish the English Romantic poet idea that the elements will refuse to help Jupiter moving to attack Demogorgon. Thus, expecting Prometheus soon to be unbound!