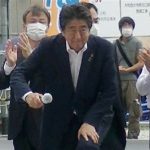 You are reading
Shinzo Abe, when the escort fails 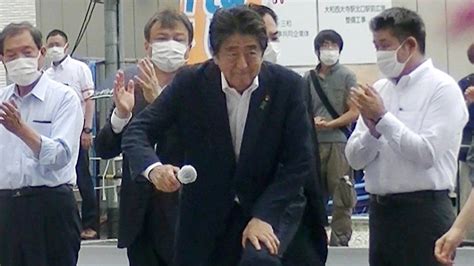 Shinzo Abe, when the escort fails. It is a pity what happened in Japan, but it is a shared lesson that helps to understand the mistakes in protecting important characters.

We remember the slap in the face of French President Emmanuel Macron, the attack with a stone on Chilean President Gabriel Boric, the attack with a bottle of water on his predecessor Piñera, the attacks with eggs against several European presidential candidates and other events that occurred against Mexican candidates like Colosio and even the attack on Reagan, everything showed the vulnerability of the world’s top leaders. An assassination during a public event is only a matter of time.

As the aforementioned attacks have already shown, the protection of several world leaders lacks a coherent and effective operational structure, which uses intelligence as the basis for its operations, common security is essentially based on the blof of armed and suitable agents, which they no longer scare anyone.

Personal protection is a logistical and planning system that reduces the risk exposure of the executive and not an armed confrontation between crude gunmen.

This planning and logistics were absent in the attack on the former Japanese minister. Shinzo Abe was giving a speech, fully exposed in the middle of the boulevard, with no further measures to reduce his exposure, where it is virtually impossible to protect him. The Reuters image can describe that vulnerability and we can see, the former prime minister who was exposed to what we call 540 degrees, i.e. 360 degrees around him and 180 degrees above him, because the photo clearly shows the vulnerabilities he had the executive also from the tall buildings surrounding the crime scene.

There is no amount of personnel or weapons that could have protected the politician in the face of such a great exposure generated by this inconceivable logistical failure.

In these cases of politicians in the streets, the presence of “shadow agents” is necessary to infiltrate the crowd, with the task of giving a first warning and surprising the aggressor, this is fundamental.

All of Shinzo Abe’s protective clothing was very easy to identify, which also made the attacker’s job easier.

However, all these measures would have been of little use, since, in the face of this colossal logistical failure, the possibility of reducing risks with other measures was minimal.

There is an urgent need for a change in the way of understanding and practicing the protection of personalities in the world. Thinking that armed agents will magically resolve any aggression turned out to be a tragic mistake.

Securing the executive requires functional operating systems based both on logistics that reduce risk exposure and on sophisticated methods to neutralize remote attacks against the executive in time and space.

Only with this change of concept can we make this profession safer for both protectors and protectors.

Some positive news in Africa

Some positive news in Africa