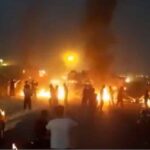 You are reading
Can the Iran’s regime curb the Khuzestan uprising? 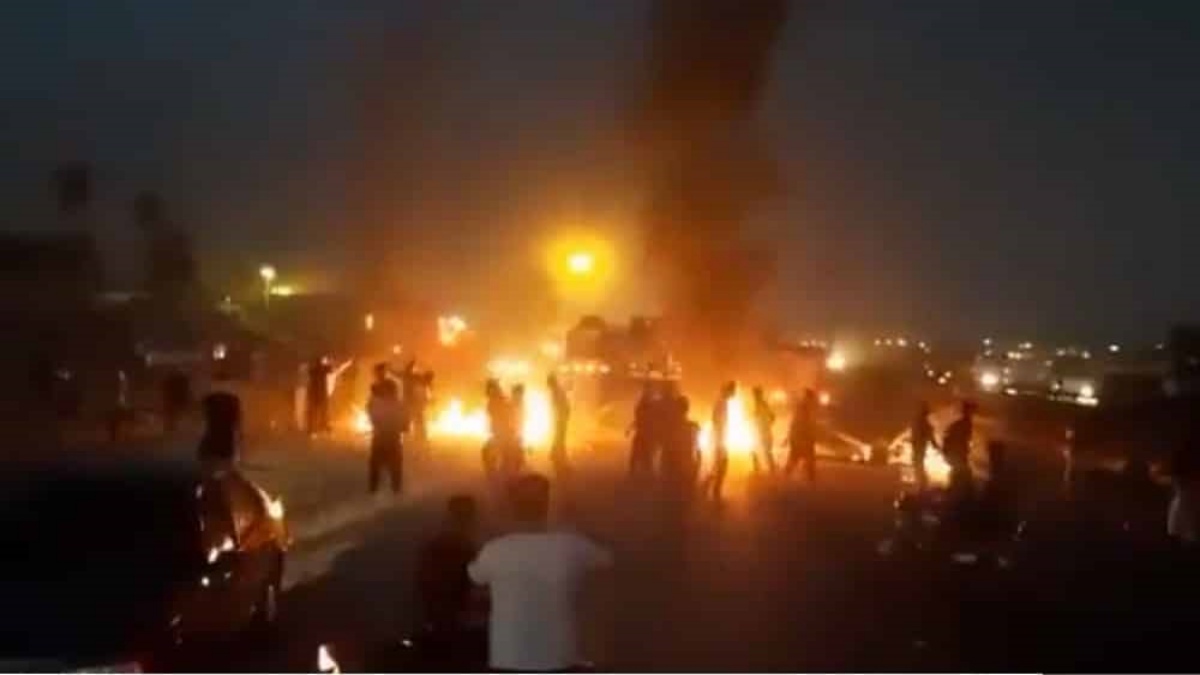 The change of Khuzestan ecosystem and the destruction of the environment in this region is a long-standing phenomenon. Under the rule of mullahs in Iran, this province has been suffering for years from polluted air and the influx of dust, dehydration, floods and sewage spills. In particular, these days, the water crisis in 11 cities of this province, even in temperatures above 50 degrees, has turned Khuzestan into another desert in Iran.

They think that they may be able to solve this problem by suppressing it as much as possible after the appointment of Ibrahim Raisi.

In the face of the explosive anger of the people, the members of this regime are sinking into the cover of the opposition and getting critical. They want to divert the path of this growing social movement, which is in conflict with the whole of this regime.

In this regard, members of the regime’s parliament and some government newspapers, as usual, point the finger of blame at imaginary agents.

Crocodile tears of this kind are shed for the people of Khuzestan in the media of religious fascism.

“These days, the most oppressed people of Iran are the people of the south and southeast of the country” (Arman government newspaper, July 18, 2021).

Iran – Khuzestan
Tonight, the brave people of Abadan stood up on the fifth day of the "Khuzestan Uprising"#Abadan #IranUprising #Khuzestan pic.twitter.com/pM6K2iXgWM

Putting a finger on the disabled, without specifying the cause, is just to sprinkle water on the fire of the uprising. In fact, they resort to these tricks for fear of the escalation and spread of the uprising.

It is clear that the culprit of the water crisis is not the drought, but the IRGC’s lucrative dams and the transfer of water from the Karun tributaries to the Central Plateau for industries controlled by the IRGC mafia.

The construction of 70 dams in Karun, 25 dams in the higher sites of Karkheh, has deprived Khuzestan of water.

The appointment of Ebrahim Raisi and its impact on the spread of protests in Iran https://t.co/Y9s24ArAa5 via @IranPanoramaNew #Iran #Iranprotests #IranUprising

What is a priority for the Velayat-e-Faqih system, and all the pillars of the government recognize and observe this priority, is to preserve the principle of the system at all costs. Some of them clearly state the essence of the issue.

Mahmoud Ahmadi Beighsh, member of the regime parliament from Shazand:

I say, be very careful about the events in Khuzestan! The smell of blood and … comes. It is even possible to open all the water on Khuzestan to quench their thirst and extinguish the fire.

Crisis headquarters are formed for this purpose.

Consider an example of this confession:

“Given the current situation of water shortage in Khuzestan province, the social crisis is taking shape and the social crisis is a precursor to the security crisis … If not managed and moved properly, the consequences will be like the crises of 2017 and 2019.” (Pasdar Hassan Shahvarpour. Government publication called Empathy. July 18, 2021).

The content of this  words of the member of the Revolutionary Guards of Iran is that if the regime does not react quickly, they will have to face similar uprisings in the streets of Iran in 2017 and 2019.

The experience of the past years has shown that this regime neither wants nor can solve these crises. These days, the only thing that has been done is to send more repressive forces to the region. Meanwhile, the lips of Khuzestani villagers are burning with thirst for water and their livestock is wasted, while the big companies of Khuzestan, petrochemicals, state sugarcane complex and power plants, consume most of the water and their quotas have never been cut.

Obviously, only by continuing the uprising and spreading it can we get our rights. People no longer believe in the lies of this regime.

The fire of the uprising that has been kindled in Khuzestan will not be extinguished so easily; And at the weakest point in the life of this regime, it will spread to other parts of Iran.

This fire will subside when the main cause of the misery of the Iranian people (ie the regime of Velayat-e Faqih) is brought down; That will undoubtedly happen.

The life of this regime is over and it can and should be overthrown so that freedom, peace, brotherhood, peace, construction and prosperity reach Iran.

Of course, since this regime cannot continue its rule in the region without issuing a crisis and inciting war, then the people of the region will also benefit from the change of the Iranian regime and the creation of a secular, democratic, pluralistic and peaceful republic.

It is not too late now and I hope this opportunity is not missed.

The Khuzestan uprising is the beginning of the end of the Iran's regime + Some new videoshttps://t.co/3Si16KPgJp via @IranPanoramaNew #Iranprotests #Khuzestan #IranRegimeChange

***by Reza Hosean for Iran Panorama

Reza Hoseani is a writer, analyst, expert on Iranian affairs, a human rights activist and a defender of the rights of women, children and political prisoners
Internazionale
24/07/2021 12:10 PM