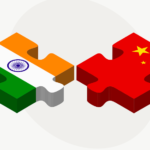 You are reading
Galwan Valley Clash: strategic imperatives for India against China 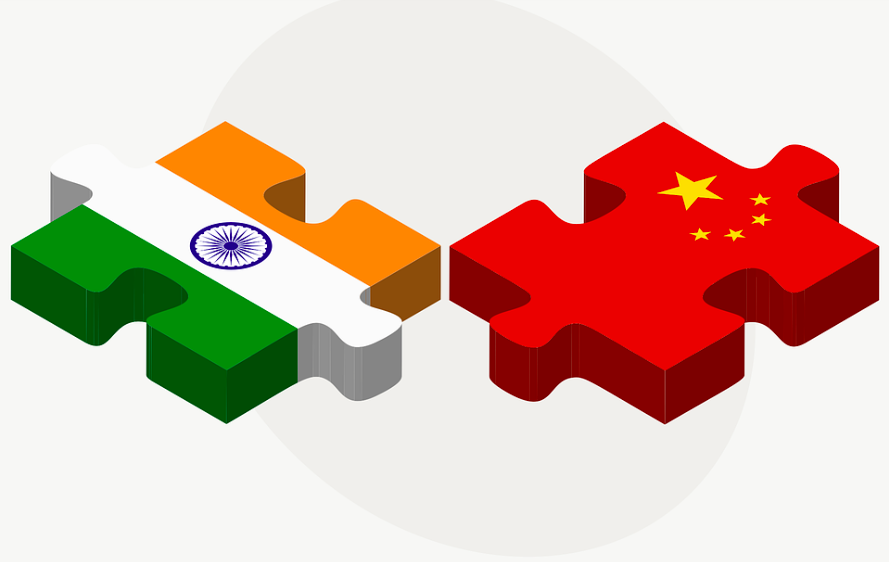 At the strategic level, the Sino-Indian rivalry is a few decades old. Historically – whenever the People’s Republic of China (PRC/China) is faced with internal and external pressure – it has established its domination in the region by displaying aggression against India. Interestingly, India in 1962, and the PRC in 2020 were both wrong when it came to anticipating the other side: in 1962, India never believed that China would fight a war and neither did China think India would respond in 2020.

Harsh V. Pant has written that China has been actively pursuing “policies to prevent the rise of other regional powers, or at least to limit their development relative to itself.” And this is especially true ever since Xi Jinping became the Chinese president in 2012: his rule has been synonymous with diverse aggressions that include wolf-warrior diplomacy, maritime expansion, and territorial conflicts. These themes have manifested themselves in its dominance in the South China Sea, the Belt Road Initiative (BRI) and debt-trap policy, interference in Sri Lanka, Nepal, Bangladesh, and the Maldives. Today’s China has moved past its embarrassing century but has not forgotten it. And now, its national interest is a desire for national independence, equality and recognition on the international stage.

The four key objectives of its foreign policy are territorial security, political stability, economic progress and national identity. Territorial security is the most important objective to achieve national security, which ensures strong control over the state. The presence of political stability is crucial in the region for peaceful development. And its economic policy is to ensure successes – within certain state-defined limits – for corporates or businesses. By promoting its national identity, China aims to project its cultural influence to the world as a power-holder of status and an active seeker of recognition.

Last year – on 15th/16th June 2020 – China attacked Indian troops at Patrolling Point 14 in the Galwan Valley, along the Line of Actual Control (LAC). It believed that this time too, the Indian Army would be in disarray like it was in 1962. But in reality, the Indian military was akin to 1967 and 1987 instead. Chinese aggression at the LAC actually comprised three separate skirmishes involving 300 troops in total.

It was agreed during the 5 June 2020 talks that a Chinese Observation Post (OP)/camp was to be dismantled but was re-erected a few days later. To enquire about the re-erection, Col. Santosh Babu – commanding 16 Bihar – personally led a team on foot to speak to the Chinese CO. They were all surprised when they did not recognise the Chinese; having deployed in the region long enough, they were familiar with their opponents.

There were two reasons for the first clash: the belligerence of the new Chinese force upon the Indian CO enquiring about the reconstructed camp, and then a Chinese soldier immediately pushing Col. Babu while also shouting obscenities in Mandarin. That is when 16 Bihar’s CO understood that the Chinese actions were not of a tactical nature but strategic, coming straight from Beijing. These actions led to the Indians responding fiercely with their bare fists, emerging victorious after 30 minutes. 16 Bihar even smashed and then burnt to ashes the Chinese OP.

The second fracas is most well-known, resulting in India and China losing men in the icy waters of the Galwan River. Col. Babu perished in the waters after being hit on the head by a large stone and falling in. The emotions and shock were obviously running high, but the Indians maintained their cool.

The trigger for the third and final melee was when 16 Bihar heard a drone that was monitoring the area to provide imagery intelligence (IMINT) for a fresh assault. India bolstered its forces with Ghatak platoons – elite infantry units that lead attacks, acting as ‘shock troops’ – from 16 Bihar and 3 Punjab Regiment. This phase – again above and along the Galwan River –involved maximum numbers from both sides. The injured and casualties were also exchanged. But it took three more days for all personnel to reach their respective sides.

One year since the Galwan Valley skirmish, both India and China have enhanced their military presence, weapons deployments, logistics and border infrastructure. Recently – China has replaced two divisions at the LAC – with both including two mobile regiments, and an armoured, artillery and air defence regiment each. It is also improving construction behind the friction points in Aksai Chin. The Chinese first began establishing hardened shelters for their troops, significant of deploying troops through the winter. Only then did India do the same.

India is well-prepared to counter these moves along the Indo-Chinese border and – post-Galwan – has completed projects in a year that would have typically taken five years. The PRC was perhaps most surprised by India’s rapid speed of border infrastructure development which is perhaps the prevalent “root cause of tensions” between the countries: India’s speed of response and troop build-up has been spurred by China’s actions but China appears to be seeing it as a provocation in itself. As of March 2021, India has constructed 57 roads, constructed and refurbished 32 helipads, developed 47 outposts and 12 staging camps for the Indo-Tibetan Border Police. In the financial year 2020-2021, Indian border construction was 1,200 kms, with more than 1,000 kms along the LAC.

India’s new policy at the Sino-Indian border is “offensive defense”: front-line fighter jets and helicopters have been deployed as a strategic deterrence, the mechanised 1 Corps has been reoriented from the Pakistan border to handle the LAC and, if required, conduct lightning strikes into Tibet. In terms of manpower, a formation of 10,000 troops has been attached to the 17 Mountain Strike Corps, India’s only offensive force against China specialising in mountain warfare. And 50,000 more troops have just been stationed, bringing the total to 200,000. Special Operations Forces from all three commands – the Army’s Parachute (Special Forces), commonly referred to as PARA (SF); the Navy’s Marine Commandos (MARCOS) and the Air Force’s Garud Commandos (Garuds) – have all been inducted into forward positions in Eastern Ladakh. In November 2020 – MARCOS were also deployed at Pangong Lake and the Army’s purchase of 17 flat-bottomed boats for rapid troop-deployment due to contingencies lends credence to the theory that it now has a permanent presence there.

Apart from the potential key reason elaborated above, there are several other factors behind China’s attack at the LAC. These include China’s comprehensive national power (CNP) and the Asian security order, India’s detachment from the Quad, a desire for Indian participation in the BRI, control over the sea lines of communication (SLOCs), re-hyphenation of the Indo-Pak question, and Ladakh’s status as a Union Territory.

In terms of China’s CNP and the Asian security order, International Relations experts have declared this century as the ‘Asian Century’ but I believe the state’s presumptuousness in the Galwan Valley was an attempt to initiate a ‘Chinese Century’. Earlier, the PRC’s nationalist grand plan was to regain its lost glory during the ‘Century of Humiliation’ but now it has evolved from one of self-interest to global domination. China’s ulterior motive is be the world leader in every field, utilising methods questionable to a large majority of the international order.

Beijing wants India to detach itself from the Quad for two chief reasons: the revitalisation of the Quad limits its own expansionist aims and its awareness of India growing global ambitions, and any notions it had to the contrary were disproved by New Delhi’s military posture post-Galwan. The PRC sees India as its direct competitor in Asia, and in order to keep it in check, President Xi Jinping wants to keep the country out of the United States’ orbit. China wants India to remain restricted to South Asia, whereas closer ties with Washington will allow New Delhi to project power beyond its immediate neighbourhood.

On the Indo-Pak question, the two powers – along with China – have independent policies on it that are simultaneously implemented and therefore always at loggerheads. Pakistan has always kept the Indo-Pak question hyphenated with its age-old policy of ‘bleeding India through a thousand cuts’ while India has made continuous attempts at de-hyphenating it. And since China considers India its most powerful Asian challenger, it has begun to re-hyphenate the Indo-Pak issue. Shivshankar Menon writes in his book India and Asian Geopolitics: The Past, Present that “China’s long-term presence in POK as part of the CPEC is a Chinese bet on Pakistan’s continued hold on Indian territory, and has deepened the Chinese interest in the longevity of a Pakistan dominated by its army.” It has ensured that in the eventuality of hostilities beyond the level at Galwan Valley, India will be distracted and forced to divide its resources across both the Pakistani and Chinese frontiers in a two-front war.

Ever since President Xi Jinping inaugurated the BRI in May 2017, the PRC has been hounding India to participate. New Delhi will not grant Beijing this desire as it believes that the project is purely for Chinese strategic gains rather than a balance with the host nation’s, as well as the BRI’s passage through disputed territory – Pakistan-occupied Kashmir (PoK) – which India steadfastly considers its own.

Under the guise of its debt-trap diplomacy and the greater ‘string of pearls’ strategy through the BRI, the PRC has been developing ports for commercial purposes to monitor and ultimately control the SLOCs in the Arabian Sea and the Indian Ocean. These development projects are at such high rates of interest that the only viable option for the host nation is to lease them back to China: Hambantota in Sri Lanka in 2017 for 99 years and Gwadar in Pakistan in 2015 for 40 years are just two well-known cases. Past precedent has proved that dual-use facility as a naval base can never be discounted.

On 12th October 2020 – just a day after the seventh round of Commander-level talks – China reiterated for the second time that it “does not recognise the Ladakh Union territory illegally set up by the Indian side.” It believes part of Ladakh its own land and has a demonstrated habit of making one-sided historical geo-political claims when it comes to the border with India and disputed territory, as well as claims to the Indian state of Arunachal Pradesh. More often than not, these claims are untrue. Echoing Vikram Sood in his book The Ultimate Goal, one adage explains the crux of the matter: tell a lie once, it is untrue – but say it innumerable times – and it becomes the gospel truth. Or at the very least, it has been disseminated enough that such untruths can only be remedied by a long-term strategy.

Considering Chinese aggression along the LAC, India has a tough choice to make: does it continue to be a fence-sitter and balance its allegiances between the United States and Russia, or does it pick one side and stick with its decision? How involved does it get with Quad? Economic growth and development will certainly help make this decision, as well as play a crucial role in countering the PRC. None of these questions have any clear and definitive answer as China always obfuscates its strategic reasoning, decisions, and actions.

Given the fact that neither the diplomatic (Working Mechanism for Consultation and Coordination) nor the military (Corps-Commander level) talks with China are making any concrete headway yet, I believe that the only method for India to tackle the state is a combination of comprehending Chinese history, language and culture, establishing a practical strategic policy that is neither reactionary nor responsive in nature and a developed intelligence network, near-economic parity, and the development of abilities arising out of wargaming various scenarios across fields. China has always played the long game, and it is now high time for India to defeat the opposition at it.