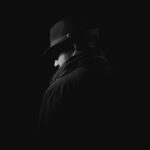 You are reading
Spy stories made in Berlin are back 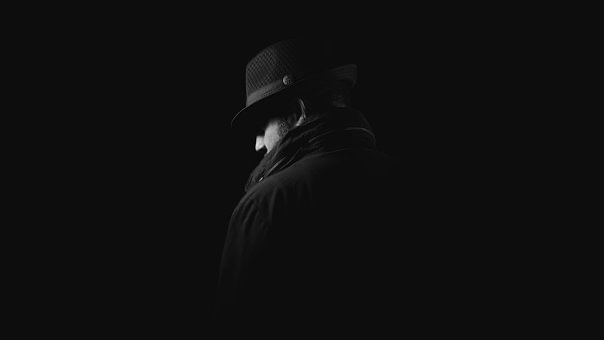 Spy stories made in Berlin are back – and again the european authorities are trying to make the US the real villain on earth. In fact, the news headlines in Europe have been in the last days about an USA secret plan to spy on european leaders, especially the german ruling class. This time the story is even more sophisticated: Germany accuses the danish intelligence services of spying on german chancellor Angela Merkel (as well as on the current german President) following instructions of the Usa. Actually, this is the same story unveiled in 2015 with a danish cake added to the german intelligence operation’s recipe to sweeten it up.

Let’s cutting to the chase here: the real reason behind this german’s intel operation is to blackmail President Biden in order to get exactly what Germany wants. And what does Germany want? Easy-peesy: Germany intends to force President Biden to rejoin the JCPOA , aka the “Iran Nuclear Deal”. As for Germany, the Iran Deal is a vital strategic diplomatic step towards the geopolitical role the mentioned country has ambitioned for (already) quite long. As one commentator put it, Germany is way too big for Europe – and it is way too small for the world.

Germany understands the ongoing pact (already formally unveiled this year, following President Trump’s departure from the White House) between China and Iran to connect the two sides of the world. In german think tanks, political circles and public general the idea that China will surpass the USA is becoming mainstream – and the germans look at this shift in world politics as a historic opportunity for them to become the western superpower. Berlin wishes to be the “globalist capital” of the world talking directly to Beijing, Moscow and with a weaker Washington D.C. So, the strategy is pretty plain to see – they need to weaken the United States in a systematic way and benefit from the accumulated capital, resources and regional influence of China and Iran.

As Germany already controlls (and will controll in the future) Europe, the key for Germany to become a world power broker is to be the main partner of the alliance formed by China and Iran. In this light it is easy to understand why Germany, in the last months of 2020 and the first months of 2021, rushed to the arms of China (making the European Union celebrate a disastrous trade agreement with China) and, alongside Emmanuel Macron’s France, had created mechanisms to evade USA sanctions against Iran. It is a very well-known fact that Angela Merkel and Emmanuel Macron have pressured President Trump over and over again to not withdraw the USA from the “Iran Deal”, to not apply sanctions against Iran and to not listen to Israel’s intelligence concerning iranian threat to the free world. Of course, Germany has considered israeli intell on Iran as nothing more than a Prime-Minister Netanyahu’s political scam to keep himself in charge.

And there is more to it: look at the timing of the release of these fantasy spies stories – in 2015, the same year of the signature of the Iran Deal by the five UN Security Council’s members , plus one (the European Union) and on the verge of the formal celebration  of the so called Transantlantic Free Trade Agreement (Angela Merkel tried everything to get leverage over the USA). At the very same time, the European Commission (sort of an european government) announced sanctions for US top companies for having allegedly violated european competition laws. Germany’s goal was to pressure President Obama to fully commit the USA to these international agreements and to tie up the next President (which Angela Merkel was pretty positive it would be Hillary Clinton).

Now Germany is following the same modus operandi in order to blackmail President Biden into making the USA rejoining the Iran Deal. Germany, as well as other european countries, are absolutely crazy to lift up all the sanctions against Iran so that they may increase the trade relations with the Ayatollahs regime.

Do not forget that the Ayatollahs have a major intelligence base operating right in the center of Berlin which controls the Ayatollahs operations all around europe. Outside Berlin and Paris, the Ayatollahs use the cuban intell officers to pursue their goals and to do the dirty job – by the way, it is no coincidence that the Iran Deal came almost at the same time as the US Administration (led by President Obama) restablished diplomatic ties with communist Cuba. Not by chance, one of the first countries to visit Havana was Germany, more precisely the german Minister of Foreign Affairs, Frank Steinmeier – who is Germany’s President nowadays.

Additionally, it is very interesting to observe that this spy fantasy, which is actually an attack against the USA, came out after President Biden has unveiled his order to have all American intelligence agencies to investigate the real origin of the virus that is killing our fellows citizens and our societies. Everybody knows that China is guilty of (at least) helping spread the virus – and so do Germany officials. The problem is that Germany betted its future on a trade agreement celebrated between the European Union and China, few weeks after Joe Biden became the President-elect of the United States. Angela Merkel wants this trade agreement with China to be one of her main political legacies, now that her political career is almost over.

Having that said, President Biden must hold to Americanism and not cave in to Germany’s intel operation to intimidate the US leaders – and all American patriots must stand with President Biden on this one, as long as the President acts in the defense of American interests and respectability around the world. The Iran Deal is something that will benefit Germany’s strategic geopolitical interests (and therefore the European Union’s) but it will be disastrous for America , for US main ally Israel – and for democracy and liberty.  Germany, on its side, must decide if it wants to be a (true) American ally – or it prefers to be considered a strategic adversary of the US and a friend of all American foes.

American patriots must not do what some democrats have done during President Trump’s years in office – to stand with America foes anytime it could possibly hurt President Trump’s political success. Even today, there is a  (hoax) criminal investigation against President Trump and the TRUMP Organization which is fundamentally based on financial records put out there by german intel services (look at the financial institution involved in the case against President Trump). Regardless of your opinion on President Trump or on President Biden, you should not want that a foreign country (which wants to weaken the USA for its own strategic geopolitical goals) has the capacity to undermine America’s democracy and institutions no matter the means they use to do so (whether it is a hacker, a leak by a gigantic financial institution or fake news about NSA spying on foreign leaders to force the US to join  disastrous international accords).

Blackmailing a sitting President is not just an attack against the citizen who temporarily holds the office of President of the United States – it is truly an attack aimed at American Constituional Republic. The American Patriots must never stand with American’s foes just to seek immediate partisan political gains. When America loses, all American Patriots lose –this is a no brainer.