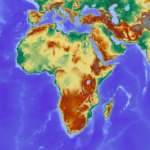 You are reading
Financing for terrorism: the price we have to pay for money is sometimes liberty 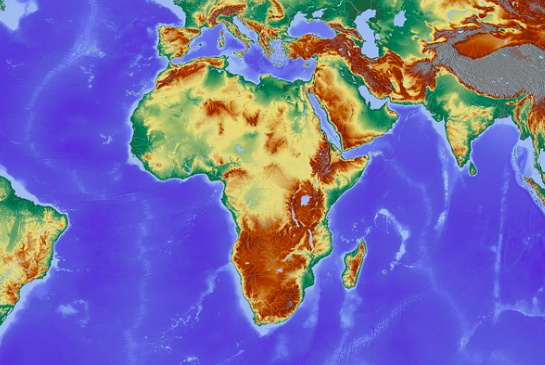 The reach of jihadists has expanded dramatically in West Africa over the past few years developing and spreading their financial tentacles.

Further, some groups are now powerful insurgent forces, controlling territory, supplanting the state and ruling with a calibrated mix of coercion and co-option. More recently, IS has increased the complexity of the political and social crisis fuelled by al Qaeda presence in the Sahel region.

The Sahara is almost exclusively now a transit point for illicit trade which has generated a protection economy that appears to have increased the costs for all movement of goods.

Across the region, illicit trade – both informal trade and the more pernicious trafficking – has hampered central state consolidation and become an important driver of instability and conflict.

The first genuinely illicit commodity to begin to transit the Sahara was cannabis resin from Morocco following respectively the North African coast, which includes the use of boats, and a southwards route from Morocco, then traversing eastward across the Sahel, along the Libyan-Chad border to Egypt then entering Europe from the Balkans.

More recently, cocaine began transiting through sub-Saharan Africa in the early 2000s, bound to the European market. Latin American traffickers targeted several West African coastal states, the most well-known and vulnerable of which were Guinea-Bissau. The arrival of cocaine on West African shores coincided both with the beginning of several fragile political transitions. Further, the route northwards from the West African coast have had a decisive impact on stability in northern Mali and Libya, as the profitability of cocaine vastly exceeded any commodity that had previously passed through that region.

More recently, a marked increase in drug traffickers using Libya as a transhipment point, including for drugs, has been reported by Interpol last May. North Africa had Emerged as Cocaine Transit Hubs after the Cocainegate in Algeria

In 2011, Europol was already reporting that “… some West African criminal groups are among the most capable in managing all successive phases of illegal immigration from source to destination countries. Transiting migrants are frequently exploited in illicit labour, thus marking a point of contact between illegal immigration and trafficking in human beings (THB).” Therefore, northwards migration across the Sahara, which was both driven by and exacerbated by state fragility had become a mainstay of the regional criminal economy.

Control over illicit flows and the provision of protection for the movement of illicit goods is now a significant source of resources for armed militia groups and a way to consolidate local power.

In this vein, both the Toubou along Libya’s southern border with Chad and Niger, and the smaller but powerful Zintani on the southwestern border, have been greatly strengthened in the process.

Across the Sahara, the nature of states and the nature of the development of trafficking have increased the level of violence, undercut central state authority eventually empowering local powerbrokers.

Terrorist groups thriving for financial resources, relocated, from Algeria first and Syria after, to profit from illicit trade by taxing the movement of goods through territory they control. Also, among the major methods and techniques for fundraising are extortions, robberies, illegal oil bunkering, misuse of NGOs/Charities, and human trafficking. Thus, there is growing evidence, of a nexus between terrorist financing and criminal activity. Namely, in Mali terrorist leaders enjoy a freedom of movement that is nearly unrivalled elsewhere in the world due to the failure of the Malian government to rebuild solid institutions and the current unlikelihood that the Malian army can reconquer the lost territory. In Nigeria, Boko Haram has also continued to attack civilians and exploit women and children, including girls. As result of its activities, the Lake Chad Basin has become an area affected by armed conflict and trafficking in persons.

In the same vein, recent reports have indicated the persistence of online slave markets operated by ISIS and its supporters to continue to raise funds. Governments finally adopted a Security Council resolution enabling the designation of terrorists under sanctions for sexual violence and human trafficking to support terrorism.

Even more troubling than the convergence of terrorism and criminality across Africa are the instances in which the state is complicit. Guinea-Bissau is a frequently cited example of a “criminal state” in which the highest rungs of the government’s leadership have been drawn into criminality. Clearly such complete criminalization represents a challenge to European security as it reduces the number of eligible partners in the region.

Religious fundamentalist terrorism is a ‘virtual business corporation’ operating in a global theatre, with a global support base, with no end date but a very general end state (Islamist global domination).

Terrorists have found favourable conditions to develop their activities in the Sahara precisely because they can be easily mobile and exploit the weakness of territorial states and the weakness of Sub-Saharan financial systems.

The life-blood of an effective terrorist network is financing. Terrorist networks, as mafias, need to move criminal money abroad and then cycle through the international payments system to obscure the audit trail. In April 2013, for example, West African trade-based money laundering facilitated by Lebanese exchange houses were identified by the U.S. Department of the Treasury.

Transnational terrorism and organized crime have become a global problem, and therefore the effort to disrupt its financing ought to extend beyond borders in order to block the money wherever it is hidden and track it down wherever it moves. If the international community is to develop a rule of law to match the globalization of trade and the global movement of people, the questions raised by the hole in the international legal and fiscal system will have to be addressed.

Panama Papers has sounded a clear warning bell that at we cannot afford to underestimate any more.