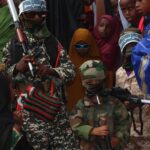 You are reading
When sharia governs: murder in the name of religion 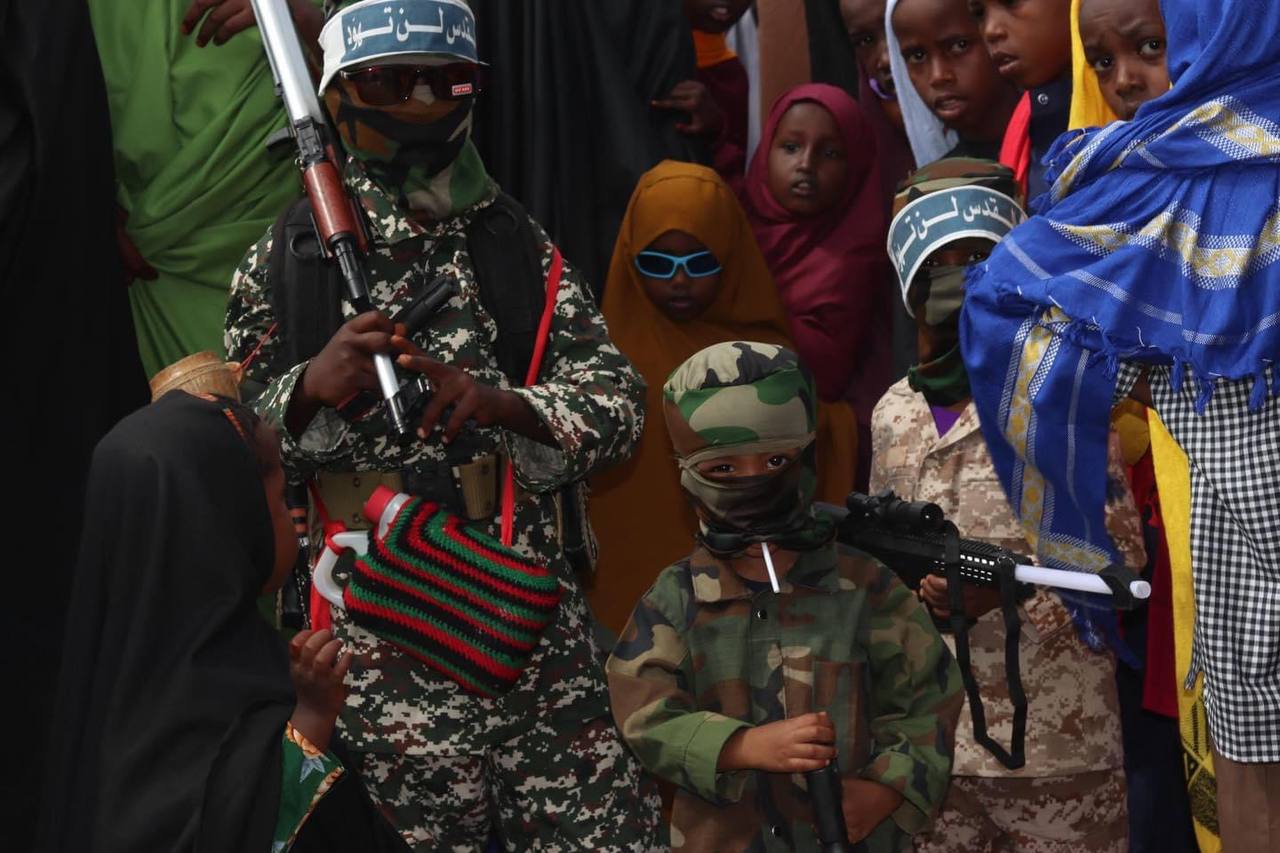 Citing John Moore, in his article on Frontline, “As pointed out by RAND’s Bruce Hoffman, in 1980 two out of 64 groups were categorized as largely religious in motivation; in 1995 almost half of the identified groups, 26 out of 56, were classified as religiously motivated; the majority of these espoused Islam as their guiding force”.

Islamist extremism and criminal syndicates in West Africa have increasingly capitalized on political and security vacuums within Africa’s fragile states to grow their support base and consolidate their financial and political strength.

The region has experienced a devastating surge in terrorist attacks against civilian and military targets with more than 4,000 deaths reported in 2019 alone.

Al Qaida has had progressively more influence on a continent grappling with the destructive effects of climate change, poverty, food shortages, and lack of effective democratic governance. Also, it has advanced more and more from the north and east to central and southern Africa. Eventually, all three presumed members of the strategic command level originate from Africa. Thus, Africans have increased their influence on this unique and global, non-governmental terror organization.

Fighters linked to al-Qaeda and recently also to ISIS have taken advantage of porous frontiers and the government’s inability to control vast areas to infiltrate the Sahel countries. Terror groups have been operating in the region to finance their operations, trafficking drugs, weapons and human beings. Concurrently, they are playing a role as regulators in legal and illegal markets and, according to QuartzAfrica have been generating revenues through selling stolen livestock, and artisanal gold-mining and poaching.

More recently, the Islamic State in the Greater Sahara (ISGS) is bolstering its membership and carrying devastating attacks against the militaries fighting them as well as increasingly against civilians. ISIS has been ousted from Syria and Iraq, ending the darkest hours of our recent history, but has survived and has been trying for some time now to build a caliphate in the restive Sahel region that runs across the continent from Senegal to Sudan, along 12 degrees parallel circle of latitude. Dowd (2019) explains this violent behaviour of Islamist groups that “strategically adapt according to the number and relative activity levels of other armed actors”.

The above-mentioned escalation in the use of violence is a clear indicator on the shifting of terror groups who are taking on tactics of guerrilla warfare now more closely resembling a jihadist insurgency, and less a traditional terrorist group, such as al-Qaeda.

In the same vein, Boko Haram is yet another case study. Namely, at its inception between 2009-2016, Al-Qaeda inspired the organization and operation of Boko Haram’s brand of jihad. The latter terror organization’s leadership shift and corresponding ideological change pushed it away from its earlier al-Qaeda benefactors and into the arms of ISIS, evidenced by its embrace of a scorched-earth strategy that fails to distinguish between civilian Nigerian Muslims and the Nigerian state. As a matter of fact, this new course has consistently been critized in 2013 by Abu Mundhir, a spiritual leader of AQIM, who issued a fatwa condemning Boko Haram’s killing of students at a school dormitory indicating in the same occasion that such actions work against the overall aims of jihad.

Further, the International Crisis Group (ICG), was signalling how a gold boom was offering a new source of funding and potentially even recruits to several armed group in Mali, Burkina Faso and Niger since 2016.

In this framework, the international and African community is taking urgent action to stop Islamic militancy in its tracks, and governments in the Sahel have embraced international military help in their fight of groups linked to Al-Qaida and the Islamic State group.

In this regard, the Nigerian Minister of Defence, Maj Gen Bashir Salihi Magashi (rtd) has ordered the troops at various locations to embark on a more aggressive kinetic action against the criminal elements threatening national peace and security, last January.

The UN stressed the importance of the Sahel Force in the fight against Extremist Armed Groups, and the Peace Operations Chief called Security Council for increased funding last May. Further late in June, the U.N. Security Council unanimously adopted a resolution extending the U.N. peacekeeping mission. In the same occasion, the council maintained the ceilings in the U.N. force, but it asked Secretary-General Antonio Guterres to make a recommendation on the force level given growing levels of insecurity and physical violence against the civilian populations in central Mali.

EU leaders believe that improving development and security in the Sahel should help limit irregular migration, the risk of attacks on EU soil, and illegal trafficking. The European Parliament shows a continuing interest in the EU action in the Sahel, and in several resolutions, it has commended the EU and the Member States’ involvement. Parliament also hails the EU and the Member States’ support to the G5 Sahel, MINUSMA and Operation Barkhane and it also called for cooperation with the African Regional Communities, the African Union and the UN.

Further, EU High Representative/Vice-President Josep Borrell visited Chad, Mali and Mauritania, last April. This visit, according to the EU, “came in the context of the “civilian and political leap” decided at the G5 Sahel Ndjamena Summit last February” The same month the European Union adopted its new Sahel strategy.

In this framework, in february, Italy voiced its support to Sahel countries in their fight against terrorism and their quest for economic development, when deputy minister Emanuela Del Re paid a visit to Mauritania and later in Nouakchott, took part in the first General Assembly of the Sahel Alliance, and had a bilateral meeting with Burkina Faso’s president, Roch Mark Kabore. More recently in June, Minister for Foreign Affairs, Luigi Di Maio, said during a visit to Niger’s capital, Niamey, that “The Sahel has acquired strategic value for Italy and now truly is one of Europe’s southern borders,…” and also explained that “It is here that many of the challenges faced by our African partners intersect: terrorism, climate change, migration, organised crime, and economic recovery after the (Coronavirus) pandemic…”.

Belgium in May, confirmed its country’s commitment to the fight against armed terrorist groups in the region during its Deputy Prime Minister and Minister for Foreign Affairs, Sophie Wilmés,

More specifically, the French military force, operating in Mali, Chad, Niger, Burkina Faso and Mauritania, will shut down Barkhane bases in Timbuktu, Tessalit and Kidal in northern Mali over the next six months, and start to reconfigure its presence in the coming weeks to focus particularly on the restive border area where Mali, Burkina Faso and Niger meet.

Author Mark A. Gabriel, former professor of Islamic history at Al-Azhar University in Cairo, strongly opined on the mainstream that “Islam is moderate and tolerant of others”. Likewise, Ibn Warraq clearly explains us in his book why the “The acts of ISIS or the Taliban or any other jihadist group are not random acts of violence by a mob of psychopathic, sexually frustrated, impoverished vandals, but carefully and strategically planned operations that are a part of a long campaign by educated, affluent Muslims who wish to bring about the establishment of an Islamic state based on the Sharia, the Islamic Holy Law derived from the Koran, the Sunna and the Hadith.”

The International community is taking the beliefs of the jihadists seriously and this is the reason why there is a general understanding that helping Western African countries unroot reckless Islamic groups from consolidating their grip on a strained population and erode their ability to suppress the Western African people, promoting their criminal project, is definitely a priority.

All views and opinions expressed in this article are the author’s own and do not represent the opinions of any entity whatsoever with which I have been, am now, or will be affiliated.