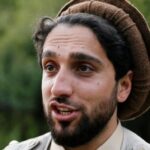 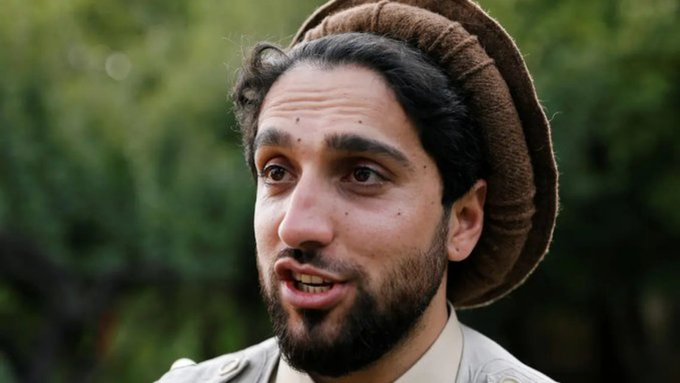 The Taliban returned after 20 years with lightning advances and took control of all of Afghanistan.

A brief look at the course of developments in Afghanistan

Thus, Taliban forces captured a number of other important cities in Afghanistan, including Mazar-e-Sharif and Jalalabad, and the circle around Kabul, the capital, became narrower.

According to the latest reports, Taliban forces entered the outskirts of the Afghan capital on Sunday, August 15, 2021.

On the morning of Sunday, August 15, Taliban forces took control of some areas on the outskirts of the capital Kabul, and Kabul was completely besieged and at the disposal of the Taliban.

Finally, the Taliban announced in a statement that they had control over all parts of Afghanistan.

Now, The Taliban returned after 20 years with lightning advances and took control of all of Afghanistan.

Published images show Ashraf Ghani welcoming the Taliban delegation inside the Kabul Government Palace and the entrance to the Presidential Palace.

In the afternoon, it was reported that Ashraf Ghani and his entourage had left Afghanistan.

An emergency meeting of the Security Council on Afghanistan was held at the United Nations on Monday, August 16, and representatives of European and American countries expressed concern about human rights violations and the possibility of escalating terrorist activities.

Representatives of the US government and European countries also called for more attention to the situation of civilians, citing reports on the situation of women and minorities, and warned of links between the Taliban and al-Qaeda.

Afghanistan’s representative to the United Nations, Ghulam Mohammad Ishaqzai, expressed concern about the Taliban’s failure to live up to its promises of security and revenge, and called on countries around the world not to recognize the Taliban leadership.

Representatives of Russia and China, in turn, implicitly supported the Taliban and called on the group to form a coalition to run the country with the participation of other groups.

Criticisms of performance US and British Governments in Afghanistan

Senator Menendez, Democratic Chairman of the Senate Foreign Relations Committee, said in a statement that he was investigating the expedited withdrawal from Afghanistan.

“Clearly, the lack of a clear policy and the failure of information have helped pull us out and the consequences,” he said.

Former US Secretary of State and National Security Adviser Condoleezza Rice wrote in an article in the Washington Post: “The images of Afghans hanging from American planes at Kabul airport are heartbreaking and moving (Washington Post, August 17).

British lawmakers on Wednesday expressed outrage at British Prime Minister Boris Johnson and US President Joe Biden announced the collapse of Afghanistan at the hands of the Taliban , Reuters reported.

Departure of American employees and citizens

Kabul Airport and the intensive evacuation of US and other staff and nationals are also the focus of events in Afghanistan.

The Taliban have put the death toll at the airport, which began on Sunday, at 12.

The Associated Press reported on Wednesday (August 18th) in a report on protests in Afghanistan and repression by Taliban forces:

On Wednesday, the Taliban violently crushed a protest movement in eastern Afghanistan, killing at least one person to thwart an unusual public outcry.

At least three people were killed in anti-Taliban protests in the Afghan city of Jalalabad, Reuters quoted eyewitnesses as saying.

In parts of this article it is stated:

After seizing power in Afghanistan, the Taliban responded to the first political demonstrations it encountered by firing on demonstrators waving the flag of the former Afghan republic, killing at least two people and wounding several others.

But the question that now comes to mind is whether the Taliban will quickly consolidate their rule or face challenges despite all this.

Following the rise of the Taliban in neighboring Iran, demonstrations were held by citizens living in Iran, which were repressed by security forces in the following days.

Afghans living in Iran rallied in front of the UN office in Tehran. They chanted slogans against the Taliban.

“Down with the Taliban”

Ahmad Massoud, the son of Ahmad Shah Massoud, also said in an interview that thousands of young Afghans were ready to join the resistance against the Taliban.

“Thousands of our people are ready to take up arms and join the resistance,” Ahmed Masoud told Sky News. He cited the lack of weapons and resources as the movement’s current main problem.

The young leader of the Afghan Liberation Front added: We have no choice but to stand up and defend our nation.

Amrullah Saleh, the former vice president of Afghanistan, also announced recently that he would be with Ahmed Masoud in Panjshir to mobilize the people against the Taliban.

“He has not fled Afghanistan and, according to the constitution, is the president of the presidency and will stand up to the Taliban and will never surrender to this group of terrorists and he fight,” he said in an audio message.

On the other hand, photos and news show the formation of popular armed resistance in Afghanistan against the Taliban.

Women and girls can be seen in the forefront of this battle. Will the Taliban simply rely on the Erika of power or face a growing opposition?

The answer to this question will be determined in the future.